Cristiane Correa is a Brazilian journalist who focuses in business and management. She left a prestigious career in one of the best business magazines in Brazil, Exame, to start a new path as an author. Her first book was Dream Big, published in 2013, and her second book was Abilio, published in 2015. Both books describe the lives and journeys of great entrepreneurs of Brazil, but they are not quite similar.

Dream Big is about the story of, mainly, Jorge Paulo Lemann, and his two partners, Beto Sicupira and Marcel Telles. Jorge Paulo Lemann is a billionaire that does not rest. He brought to Brazil the culture of meritocracy, where working with “A” level people is the best way achieve the biggest dreams, emphasizing that compensation is largely rewarded to those that truly deserve it. Lemann is never afraid to share equity with those capable people who can leverage the business. Jorge Paulo Lemann became a celebrity when he bought Anheuser-Busch in 2008 for $52 billion. He also acquired Burger King and lately Heinz.

Cristiane Correa admires Jorge Paulo Lemann in every page of the book. Although I also admire Jorge Paulo, let’s leave aside my personal opinion since I don’t want to bias the comparison between both her books. Cristiane fills the pages with anecdotes of the billionaire and good deeds he has done in the past. The objective of the book, besides to tell a story of how Jorge Paulo became what he is today, is to describe the values and the drive by which he rules and created his many businesses. For instance, she lists the main principles by which he guided his first company, Banco Garantia, among them: the boss’s main job is to find better people than them to create continuity to the institution; always reduce cost, it´s a variable under your control that guarantees survival; or only appear on the news with clear objectives. 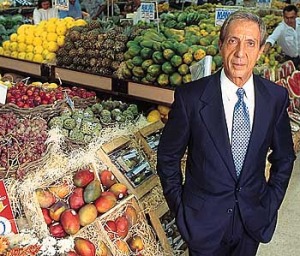 Abilio, Cristiane’s latest book, also describes the journey of a great entrepreneur and businessman, Abilio Diniz. Diniz took the reins of his father´s business at a young age and went on to create one of the biggest retailers in South America, Pão de Açucar. He endured hyperinflation, a kidnapping, almost bankruptcy, family disagreements and ugly fights among partners, but he always won in the end. Abilio Diniz became a billionaire by skillfully managing and growing his supermarket business. He is competitive, loves fitness and body wellness, is fierce and always plays to win. Today he spends his time looking for new opportunities to explore and new businesses to buy through his own family office. Abilio is a page turning and grappling book, but it´s not the same as Jorge Paulo Lemann´s.

Unlike Dream Big, Abilio is only story telling and it doesn’t analyse his decision making processes. Although there is a sense of awe to everything Abilio did in his lifetime, there is no feeling of admiration throughout the book, as we see in Dream Big. Cristiane Correa made sure Lemann´s values, principles and rules of guidance were well described and illustrated, as if to create a manual for future Lemanns of the world. In Abilio´s case, there are no such principles or rules embedded in the book, only his will to win and his time-limited journey.

Dream Big is about dreaming big, the way Jorge Paulo Lemann does. Abilio, on the other hand, is only about Abilio, and so it lacks Lemann´s depth.

Learn some marketing's fundamental concepts with the father of modern marketing, Philip Kotler. "Marketing insights from A to Z" is the best and easiest way to do it! #philipkotler #marketing #techniques #book #reading #learning #concepts #80conceptseverymanagerneedstostudy #business #bookstagram
Have you already seen the new "Thumbnails" page in our website?? There you can find many books i have read so far. Such a good inspiration, isnt it?? Go to booksnabout.com!! #inspiration #books #thumbnail #reading #author #instatips #tips #read #instabooks #passion
Love my kindle !!! How many books do u have in it??? #amazon #kindle #books #book #ebooks #amazonkindle #bookblogger #bookstagram #jeffbezos #bezos @jeffbezos1 @amazon #bookbloggers #bookblogging #read #library #elonmusk #reading @elonmusk
%d bloggers like this: