Ben Mezrich is a great author. His books are all page-turning adventures, many times recounting a true story. They are fast-paced, gripping, interesting, and out of the box. I have to admit that I did not read Ben´s earlier books, mostly novels that didn´t hit the charts. But I am a fan of his latest books, the non-fiction tales, which usually evolves from a person or a group of people who, with audacity and luck, made millions or billions of dollars. Ben really made it big when his book Bringing Down the House was adapted to the screen with the movie 21, starring Kevin Spacey and Jim Sturgess. An awesome book and an even more awesome movie is 21. After that, his book The Accidental Billionaires was made into the movie The Social Network, immortalizing Mark Zuckerberg as a ruthless and visionary genius. I don´t know anyone that haven´t seen both movies. You shall thank Ben Mezrich for them. 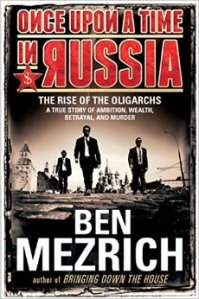 Ben’s latest book, and not coincidentally the latest one I read written by him, is Once Upon a Time in Russia: The Rise of the Oligarchs – A True Story of Ambition, Wealth, Betrayal and Murder. To be straight with my readers I have to say first things first: the book did not impress me the way Bringing Down the House did. Still, it´s an interesting and engaging story.

The title is misleading, which disappointed me, since I was hoping for more, a lot more. The book is about the story of Russian oligarch Boris Berezovsky. Solely. Honestly I was hoping for a story pertaining to all oligarchs in general, learning more about 1990´s Russia, perestroika, macro views on the political and economic situation, and in parallel, get to know how is that Abramovich, Potanin, Usmanov and others were able to capitalize on the distressed position of the country. I guess I was hoping for too much. 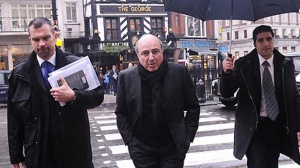 Berezovsky´s life, however, is not to be dismissed. Ben is able to detail and describe the main events and decision that led to the oligarch rise and fall, always with the addicting drama and fanfare. Berezovsky, like other oligarchs and opportunits, decided to take advantage of Russia´s privatization processes after the communist era, starting with Gorbachev, then Yeltsin, and now Putin. To make a long story short, Berezovsky started by figuring out that state owned companies were being sold for pennies for those with enough political influence. It was a time of huge turmoil, where influence and money were the causes for assassination in the light of day, threats and kidnappings. Boris hit the jackpot when he acquired TV channel ORT and, a couple years later, bought Sibneft with Roman Abramovich. To read about his demise is actually more interesting that his rise. It all started when, in 2000, Boris decided to support Putin for president, because he was afraid the opposition would end his diversions and affairs in the government, hence no more cash flowing in. It was a huge mistake. Putin did win, but the man was so strong willed that Boris could not control him. 13 years later, the oligarch mysteriously met his end in his English mansion.

The book is worth reading. Ben Mezrich is always a great writer and you just can´t put the book down if you haven´t finished. But once you did finish it, and you put the book down, it doesn’t strike you as a great tale. Mezrich´s Boris will linger in your mind for some days, for it is a movie type non-fiction story, but it will end up being forgotten.

If you´re interest in Ben Mezrich, start out with Bringing Down the House.